In Senegal, Green People’s Energy is working with Enda Energie to promote 24 small dairy businesses, mainly run by women. In recent months, the project has made a lot of progress.

In the community of Gossas, almost 200 kilometres east of Dakar, there are now fenced and planted forage pastures for dairy cows, new solar kits have been installed on some roofs, and the shell for the business centre and dairy farm are under construction. There is also progress that visitors cannot see at first glance. For example, the two dairy cooperatives Mbar and Colobane, supported by the project partners, have received their legal recognition.

Within the cooperatives, the members have also organised themselves into “business dairy committees”. These committees will be responsible for designated areas of the dairy farm and the village business centre, and thus for their income-generating activities, which are possible thanks to solar energy. To enable the dairy committees to organise their work efficiently, 40 members of the cooperatives underwent training in entrepreneurship and organisational dynamics in January.

The business centre is still under construction, but nevertheless the first services have been initiated, namely the sale of solar home kits both to members of the dairy cooperatives and to other people in the region. After intensive sensitisation of the target groups to the benefits of solar energy, 74 solar kits (in three different capacities) were already sold in January in combination with lamps, telephone charging plugs and, in some cases, radio and television sets. This success shows how important these awareness-raising measures are. The cooperatives plan to use part of the sales proceeds to maintain the solar kits and applications, as well as to buy more solar kits that can then be purchased by other members.

In February and March, the partners are planning further training in entrepreneurship, milk processing, fodder planting and processing. GBE and Enda Energie will also support the “business dairy committees” in developing business plans for the part of the dairy value chain they manage. Updates on the progress of the project will be available here soon.

Further information on the project can be found here. 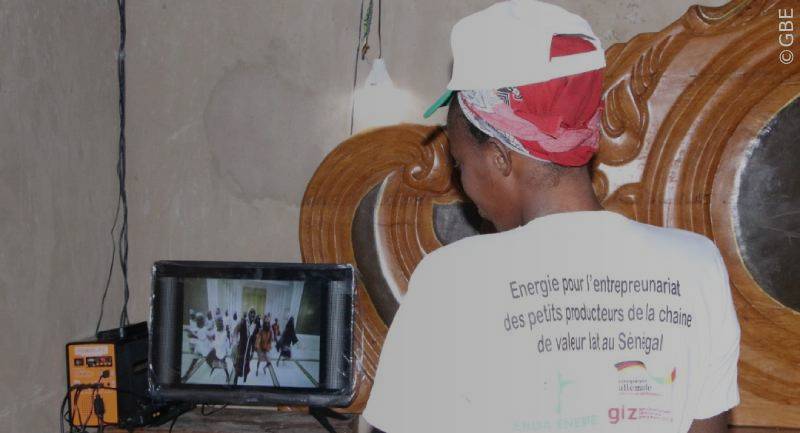 Watching TV under your own roof for the first time 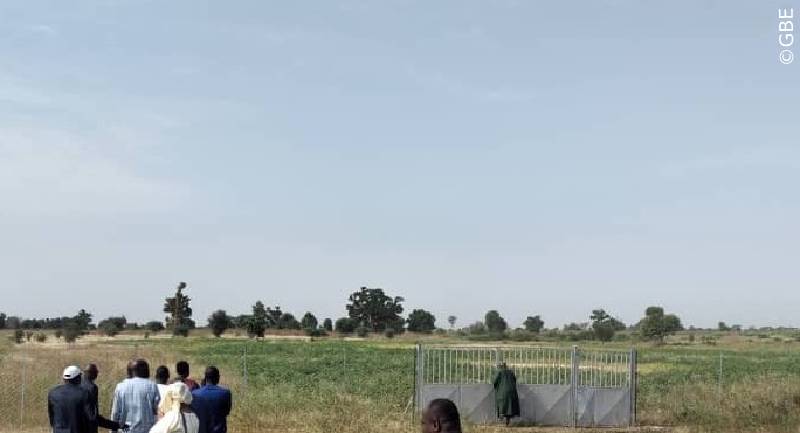 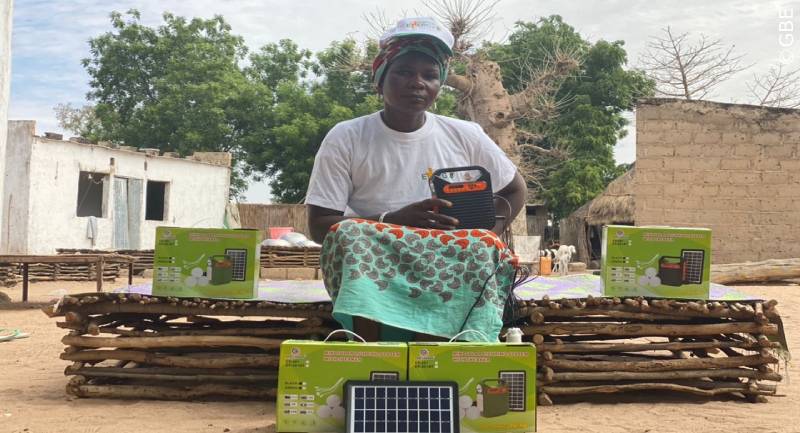 Saleswoman with solar kits of the smallest size